How air conditioning can help with mould prevention 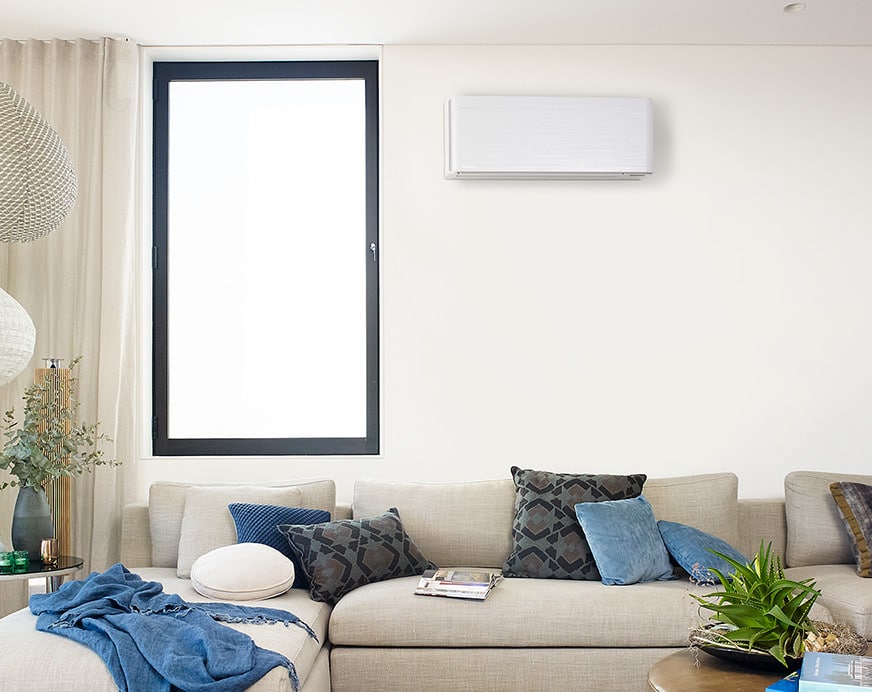 Widely regarded as one of the most liveable towns in Australia, Port Macquarie, on the Mid North Coast of NSW, has a subtropical climate with mild winters and warm to hot summers.

With a subtropical climate also comes the prospect of higher rainfall and humidity, especially during the warmer months of summer.  During these warmer months, it’s not just the temperature in your home that will increase but also the humidity levels, which can contribute to mould and mildew growth within your home.

Fortunately, an air conditioning system will not only keep you and your home cool, during the long, hot summers in Port Macquarie, it can also help with mould prevention within your home.

For mould to grow and thrive, a warm and damp environment is required. The climate in Port Macquarie during summer, provides the perfect hot and humid conditions needed for mould to flourish.

Whilst different moulds require different temperature ranges to grow, most moulds will develop and have accelerated growth, once temperatures start climbing above 25 degrees.  Add excessive humidity to these temperatures, as experienced during a wet summer, and you could potentially have a mould problem in your home.

How does air conditioning assist with mould prevention?

An air conditioner doesn’t just circulate cool or warm air in your home, it also dehumidifies the air by removing moisture.  This de-humidification will keep the environment inside the home dry, which helps to prevent the growth of mould within your home.

Mould grows best in a moist environment and if left undisturbed. Providing good airflow in your home can disrupt mould growth.

Most air conditioners don’t just cool or heat the air, they also have a “Dry” function which recirculates dehumidified air, without affecting the temperature within your home.

By removing moisture from the air, and recirculating this same moisture free air, your air conditioner will discourage stale and musty conditions in your home, which are the breeding grounds for mould.

Daikin and Fujitsu split systems also have built-in air purifiers and filters which assist with the capture, breakdown and removal of mould inside your home.

The newly designed Daikin “Streamer Technology” for split systems, eliminates more than 99.9% of mould in 24 hours.  To prevent mould growing on the internal split system components, the “Mould-Proof Operation” mode automatically activates at the end of the system’s operation.

Daikin split systems have been approved, by the National Asthma Council’s Sensitive Choice program, for people with asthma and allergies

Regular maintenance is key to ensuring your air conditioner is doing its job, maintaining the air quality as well as assisting with mould reduction in your home.

Neglecting to regularly clean and replace filters, can prevent your air conditioning system from working efficiently and effectively and can lead to mould growing on dirty and clogged filters, as well as inside the air conditioner fan coil.

Why mould should be prevented

Mould in any household should be taken seriously as it can create health issues, as well as damage furnishings and the house itself.

While not every person will experience an adverse reaction to mould, certain people can be particularly sensitive and experience symptoms that may only be mild, right through to life threatening health issues.

Exposure to mould can often trigger existing asthma and allergies in some people. For those individuals who are immune compromised, or have existing chronic illnesses, even more serious infections or complications may develop due to the presence of mould in the home.

Mould can also cause severe and unsightly damage to a home and furnishings as well as create foul smelling odours within the home. Dealing with a mould issue as soon as it becomes apparent, can stops the problem from becoming a major issue plus save on costs of rectifying a larger problem at a later date.

Mould feeds on organic materials and can eat away at wallpaper, gyprock, carpet, wooden studs in walls. If left unchecked mould can, in extreme cases, literally destroy a home.

Return to news
It appears you're using an old version of Internet Explorer for safer and optimum browsing experience please upgrade your browser.